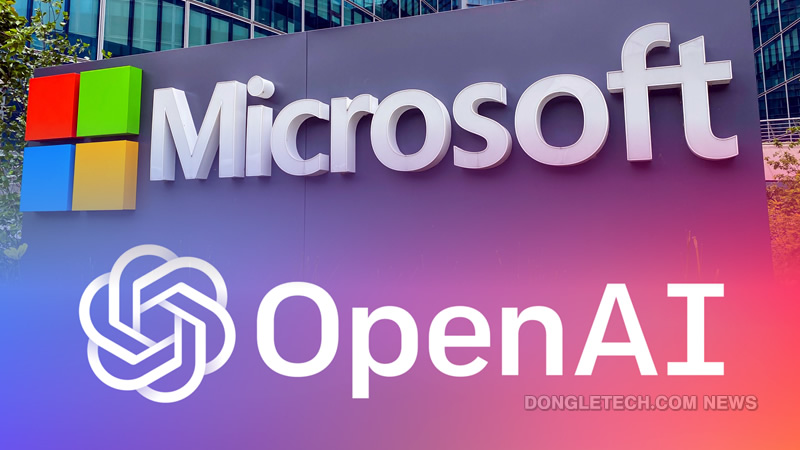 Microsoft has announced that it is making a “multibillion dollar” investment in OpenAI as part of an expanded partnership. This deal will result in wider uses of OpenAI’s technology, as well as stronger behind-the-scenes support. The exact size of the financial contribution isn’t known, but a Bloomberg source claims Microsoft is investing $10 billion over “multiple years”.

The partnership will see Microsoft boost its investments in supercomputers that accelerate OpenAI’s research. Azure will remain OpenAI’s sole cloud provider for products, research, and services. Microsoft says that the public can expect “new categories of digital experiences” that include both consumer-facing and business products. The developer-focused Azure OpenAI Service will play a role in this.

Microsoft first backed OpenAI in 2019 and returned in 2021. The New York Times notes it “quietly” invested an extra $2 billion since that initial round. The companies have grown closer since their collaboration began. On top of the Azure service, Microsoft has launched OpenAI-powered features that include natural language programming and a DALL-E 2 graphic design tool. OpenAI uses Microsoft’s infrastructure to train its best-known systems, including DALL-E 2 and the popular ChatGPT bot. ChatGPT is coming to Azure soon.

This expansion may help Microsoft seize a competitive advantage. Google reportedly sees ChatGPT as a threat to its search business and is believed to be devoting much of its attention to a search chatbot and other AI products despite a reluctance to fully embrace the technology over concerns about copyright. Even if the deeper OpenAI partnership doesn’t improve Bing, Microsoft may benefit by forcing rivals like Google to change course.

This partnership aims to bring AI into both consumer tech and behind the scenes. It is a significant move by Microsoft, which is known for its cutting-edge technology and its commitment to innovation. The partnership with OpenAI is a testament to Microsoft’s dedication to staying at the forefront of AI technology. This move is a win-win for both companies and for the industry as a whole.

Deciding Between Office 365 and Microsoft 365: A Comparison of Pricing and Features